PEGI not legal in UK until April 2011 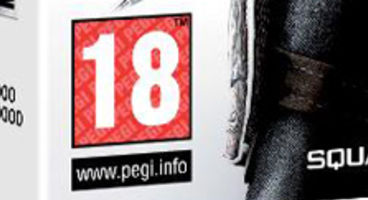 The UK's Video Standards Council has said that until April 1st, 2011 rolls around publishers will need to continue submitting material to the BBFC.

The plan for PEGI to take over all videogame age ratings won't be legally enforced until next year, because the Digital Economy Act is not yet in effect.

"The BBFC have approached the UK Government expressing concern that games rated PEGI 18 will be released in the UK without BBFC certification," read the VSC statement, reports MCV. This October was believed to be the date PEGI ratings could fly solo.

“The Digital Economy Act has been passed in the UK but has not yet been made effective. This means there is no change in the procedure for releasing games in the UK. If a game is rated PEGI 18 it must be submitted to the BBFC for a legal classification."

"This is irrespective of whether it contains exempt content as it reflects the voluntary agreement made by the games industry to avoid confusion over 18 rated games. Games must also be submitted to the BBFC if they contain any extraneous video which is not part of the game. This includes trailers," continued the Video Standards Council.

It was the 2008 Byron Review commissioned by the UK government that made the recommendation PEGI take over from the BBFC to classify ratings for videogames.

"The Government has said the legislative change is likely to be implemented on April 1st 2011. The VSC is involved in the discussions regarding the implementation of the new legislation and will ensure that all coders are made aware of the changes to the procedure in good time to allow submissions to be adjusted."

“It is important to stress that no games must appear for sale in UK shops with a PEGI 18 logo prior to April 1st 2011.” PEGI's domination of our videogame boxes in the UK will just have to wait a while longer. The BBFC logo is widely recognised in the UK and critics argue it's a 'waste of time' changing the system over.