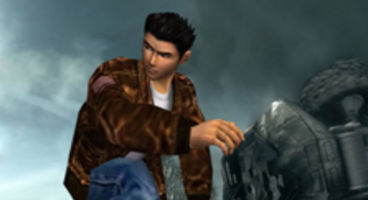 Yu Suzuki, Shenmue's series creator, wants to make a 3rd instalment but with "the same volume as in the past," and not as some quick cash-in release.

It's "grand scale" needs "appropriate preparation." He wishes to "carry out my obligations" to fans of the series. One title 'could finish' Shenmue story.

"Shenmue has the image of grand scale," said Yu Suzuki. "But making something of grand scale requires appropriate preparation. I want to make 3 with the same volume as in the past. There have actually been a lot of requests from fans for 3 as well."

"There were even petitions signed by tens of thousands of people. I wanted to carry out my obligations for the series." Shenmue City is not Shenmue 3 admits Suzuki-san, and it came about after enjoying the browser-based Mafia Wars.

That kind of game could help show Shenmue from a new perspective was the series creator's thinking, but he still would love a full new instalment to Shenmue. The game series has 11 chapters that are 'required' to fully complete its story.

"It would be possible to finish the entire story in a single game if we were to show just the highlights and skip over parts," said Suzuki-san. They'd never reach the end if Shenmue released every 5 years he joked.

"If given the chance, I'd have to think about the scale and the time frame. The Shenmue essence is, of course, in the scenarios I've made. I'd have to think how to make something from them." Do you hope for Shenmue's full return, videogamer?