Greenberg: You can "sit or stand with Kinect," is game dependant 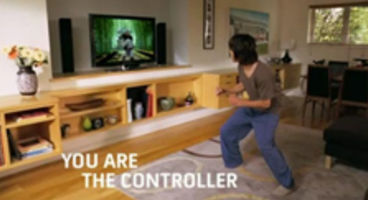 Reports that you must be standing for Kinect's motion camera to work are pure hogwash affirms Xbox man Aaron Greenberg, it's a load of rubbish.

Apparently some claimed it didn't function right as it couldn't detect your skeletal system if you were in a sitting position - not true says Greenberg.

An IGN report says that several developers talked about needing to stand for Kinect to work, but also mentioned those same devs contradicted themselves later creating a bit of a confused mess for Kinect PR at E3.

They alleged it may also include menu navigation as well, like for movies. “All the cool options to grab a slider and advance through frames of a movie you are watching only work when you are on your feet,” continued the piece.

Aaron Greenberg, Xbox 360 mouthpiece extraordinaire, twittered in response: “Yes you can sit or stand with Kinect, depends on the game or experience.” We'll have to wait till we actually get to November and see for ourselves if Microsoft can actually deliver on their motion tech promises. There are too many conflicting reports.