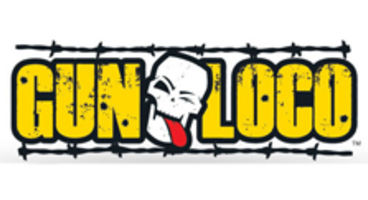 Square Enix have unveiled Gun Loco, a third-person shooter set in star system where only the "craziest criminals in the universe" are banged up.

There are no guards, just total anarchy as inmates get dumped on a planet. It's a "sprint-action shooter" as players battle through factions.

"GUN LOCO’s comic characterisation and furious gameplay is a fantastic take on the third-person shooter and offers the kind of unique twist that only Square Enix can provide,” said Sarah Hoeksma, Square's VP Brand PAL region.

“The action is relentless, the characters unforgettable and the black comedy a perfect fit.” An official website for the game launches tomorrow, and the Xbox 360 exclusive title itself launches sometime next year. It has 12-player online matches.

Here's the story blurb: "Set on a remote prison planet at the farthest reaches of the solar system, a collection of the system’s craziest criminals are incarcerated in a prison with no walls and forgotten by society. In this long abandoned world, the only rule is anarchy as each faction fights in a bloodthirsty race for survival, power and ultimately escape. Through varied climate zones and numerous stylised maps, players must fight through the ruins of the world’s previous civilisations, taking on each region’s inmates in a frantic and frenetic struggle to survive."

"With a powerful arsenal of weapons at their disposal, each character comes complete with their own unique kill move, coupled with a mocking take-down taunt to ridicule their victims. The frenzied and furious comic style comes into its own with full 12-player online multiplayer matches across the planet, with a range of game modes and multiplayer arenas."

Does Gun Loco sound like a keeper to you? Hopefully more will spill about this shooter from Square at gamescom which kick starts tomorrow in Cologne, Germany.