17 August 2010 | By PRBot
Tuesday 17th August/... Everyone now has the opportunity to become a global movie star with Yoostar2. In an instant you can step into the shoes of famous characters from hundreds of movies, play out the part and then share your performance with the world.

Yoostar Entertainment Group today announced the upcoming release of its next generation video game, Yoostar2, for Kinect for Xbox 360 video game and entertainment system from Microsoft and PlayStation Move. The company showcases Yoostar2 in Europe for the first time at gamescom in Cologne, Germany this week.

Yoostar2 allows players to perform in hundreds of famous movie scenes, record their performances, and share them with friends and family online. The Kinect for Xbox 360 sensor and the PlayStation Eye allow Yoostar2 to achieve Hollywood "green screen" style effects without the use of a green screen. In an instant, players can literally step into well-known movie scenes and play the roles of the world’s most famous actors.

"Yoostar2 will bring the magic and fun of Hollywood into living rooms across America," said Gregory Fischbach, President and CEO, Yoostar Entertainment Group. "The new console platforms have allowed us to make the experience totally immersive and incredibly easy." 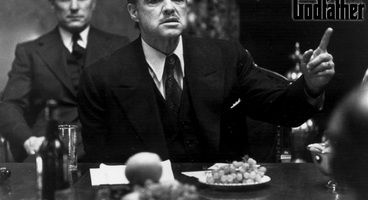 a scene is recorded, players can upload their performances to Xbox LIVE online entertainment network or the PlayStation Network, share the performances on social networks such as Facebook and Yoostar.com and view them on virtually all devices, including Smart Phones, PC’s and Consoles. Players increase status through community participation, such as sharing, rating and commenting on others’ performances. "We have created something entirely new—a 'Social Video Game' that bridges the worlds of social games and video games," said Fischbach. "The result is a game that’s incredibly fun to play with friends, lets you create and share your own video online, and provides a social game mechanic that motivates you to play and participate in the community. It’s like nothing the video game industry has seen before."

Yoostar2 features an innovative user interface driven by Kinect for Xbox 360 gesture-based technology and PlayStation®Move motion controllers and created by Blitz Games Studios, one of the world's leading game developers. Players’ performances are scored, allowing them to rise from "struggling actor" to "superstar", but the game also encourages improvised performances that draw on players’ creativity. Yoostar2 features multiple gameplay modes, including a “party mode” that allows a group of players to perform in quick succession and a progression mode where players face a series of challenges and unlock new scenes.

Yoostar will release more information about the game, including an official launch date, in the weeks to come. Updates will also be posted regularly to Yoostar2.com.