Developer wants to "branch out" Yakuza series to other genres 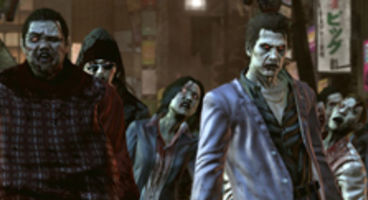 Series producer Masayoshi Kikuchi wants Yakuza to flourish beyond its current genre, he wants to keep "making entertainment" out of it for years.

They certainly "don't want to stop" the franchise reiterating Yakuza: Of The End certainly isn't the end, despite its shuffling, groaning zombie apocalypse.

"We don't want to stop the Yakuza franchise. In terms of making entertainment, we're deadly serious," reassured Kikuchi-san to fans.

"We want to have the ability to branch out and create new game experiences. We've done it in the past with Yakuza Kenzan, a samurai themed game. Making differently themed games is our challenge to create new types of entertainment."

Series lead Toshihiro Nagoshi joked that Yakuza's Kazuma Kiryu might someday travel into space and find undead hordes and it appears one of those is right. "For all we know, Kiriyu might become a kindergarten teacher in the next game," joked Kikuchi-san.

They want to "continually challenge" their team to "make improvements to the series," he continued. "We want to spread the Yakuza franchise into different genres." Kikuchi-san wouldn't say if Of The End was series canon or some tongue-in-cheek spin-off.

Yakuza: Of The End unveiled at the Tokyo Game Show delivering a genuine surprise when it featured zombies strolling down the fictionalized Japanese streets of Yakuza.