Enslaved demo for US PSN next week, next Vanquish demo soon 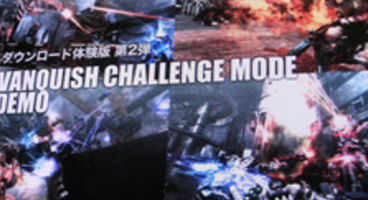 While us lucky European dogs get to taste the Enslaved demo right now from the PlayStation Network, our US brethren must wait until next week.

It's PS3 exclusive for the time being with an Xbox 360 demo coming "soon". Vanquish's next demo is also next week but only for Japanese gamers?

Enslaved is enjoying a PS3 exclusive window right now with US gamers getting it September 21st on the US PlayStation Store. DLC for the Ninja Theory game releases shortly after its launch starring Pigsy, a character who helps Monkey and Trip through the game.

The Vanquish Challenge Mode Demo is for now only releasing in Japan September 22nd, with no word if a US or EU version is coming. This second slice of Platinum Games' shooter is expected to be harder than the first, which came to the west shortly after Japan.