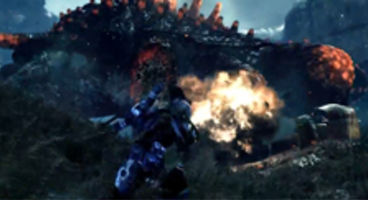 Capcom has apologised to Resident Evil 5 fans for uploading the wrong DLC content, giving them Costume Pack 2 stuff instead of Pack 1.

Not much of a war crime there, but this might be. Lost Planet 2 has had "significant" content snipped because of Xbox 360 DVD limitations.

Sorry if you were expecting the 'Heavy Metal' and 'Business' costumes for Resi Evil 5, because you ended up with 'Warrior' and 'Fairy Tale' outfits from Costume Pack 2 in their place. They're "currently working with Microsoft for a solution" to the mix up.

Meanwhile trouble brews between the Xbox 360 and PS3 crowd once more.

"There wasn’t especially any big trouble. More than those kind of difficulties, the edited content was way too much and dealing with that was more difficult than anything,” Lost Planet 2 producer Jun Takeuchi told Livedoor, reports VG247.

"This time, truly, the content that was cut was significant." Hopes remains though as future DLC could see the cut game content return, though unlikely for free. Grrrr.

"I think we could be able to add that content at a later date as downloadable content.” Lost Planet 2 releases on Xbox 360 and PS3 May 18th.