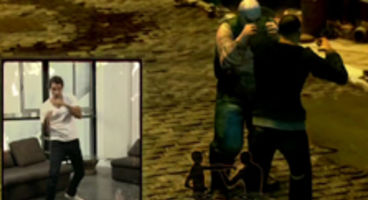 A new fighting game has just been shoved into the ring, it's called Fighters Uncaged and it's from Ubisoft and only for the Xbox 360 and Kinect.

It's the "first motion fighting game" for Kinect and one that's "dedicated to a core audience" says Ubi. It even has voice-activated power moves.

AMA Studios is the studio behind it and players can create 70 different strikes through Kinect inspired by martial arts and compete in 21 different fighting locales like in an alley way, an abandoned church, a rooftop, some gritty docks and more.

"Fighters Uncaged is the first motion fighting game for Microsoft Kinect, dedicated to a core audience,” said Adam Novickas, U.S. director of marketing at Ubisoft. “Fighters Uncaged requires players to get out of their seat to engage in a controller-free full-body combat game and experience the authentic fighting style of Thai boxing.”

Here's an excerpt from the press release:

"Included are diverse opponents with unique fighting styles, devastating combos with voice-activated super strikes, opportunities to upgrade your character by unlocking new skills and a jump-in multiplayer feature to take your enemies down with your friends."

Fighters Uncaged releases exclusively on Xbox 360 this November. Fancy nearly knocking out the family when you fire this one up in the living room?