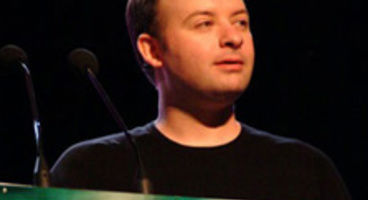 While not exactly clear, it would seem that ex-God of War director David Jaffe dropped the Twisted Metal reboot bomb on the awards audience.

Jaffe might have been answering a different question when he cried "soon, b*tch - eight or nine months." Hopefully it's Twisted Metal for PS3.

Someone in the crowd shouted "Twisted Metal" at the Eat, Sleep, Play boss and Jaffe fired back: “Soon, bitch – eight or nine months.” This is hopefully what he replied too.

Their next game he teased at the Las Vegas DICE Summit was a mix "somewhere between God of War and Calling All Cars", which sounds rather awesome if true. Are you a fan of car carnage from the Twisted Metal universe, videogamer?