Fans developing 'Mother 4', no ties with Nintendo or its creator 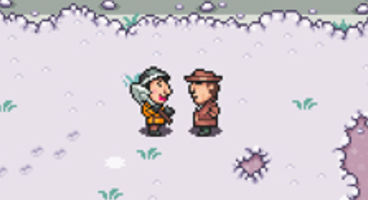 What happens when fans clamouring for localisation in the west are ignored? They go and make their very own version of a Nintendo RPG game.

Mother 4 as the fans are calling, is a 'sequel' to the GameBoy series Mother from Nintendo or 'Earthbound' as it's known in the west. No date yet.

It's unsure if the community developed videogame will even make it to distribution, even if it is free, as Nintendo are known for a fiercely ninja trained legal team. Fans of the Mother series already unofficially translated Mother 3 into English.

Whether series creator Shigesato Itoi or Nintendo will step in and stop, or even help out, remains to be seen. Likely this Mother 4 project will release on PC, if at all. Come on Nintendo, Take-Two is cool with that Duke Nukem 3D remake...