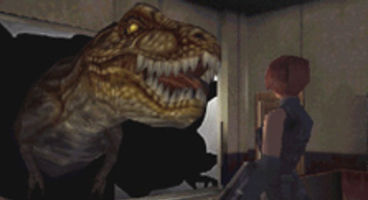 Capcom says there's little movement on Samurai series Onimusha internally at the studio, but it's in "percolate mode" for how it could return one day.

Dino Crisis may well be extinct altogether as there "isn't any burning desire" from anyone to "light that franchise back up" after it's "off the rails" 3rd title.

"Onimusha is tricky in particular given how Japanese-focused the franchise has been," said Capcom's Christian Svensson, VP of Strategic Planning and Business Development. While they haven't given up hope on Onimusha and Dino Crisis - not much is happening.

"When you look at the timing and sales trend of how Onimusha has gone each outing – I won't give you the exact numbers, but let's just say every outing subsequently has been about 60% of the prior - the brand doesn't right now have quite the resilience that you might think," he continued. "While Onimusha 1 and Onimusha 2 are among our more successful titles, Onimusha 3 and Onimusha Dawn of Dreams, not so much."

"I don't know that internally there's, on the creative side, massive fire to say, 'Ah, I know have to fix that and reboot that and make that huge again,'" added Svensson. "For the time being I think it's in percolate mode, that is to say, it's not forgotten internally, there are discussions that go on, but I don't think anyone has sort has come up with the 'that's it' idea of how to get the game back up to 3 or 4 million units."

"You may see some things of the brand pop up in the future, I can't say what, but there are certainly discussions about it." Dino Crisis meanwhile has a much less passively optimistic future with Capcom seeing almost no reason for it to return.

"Dino Crisis 3 I think is where it went off the rails if I recall. Dino Crisis' success really was an out cropping of Resident Evil 1 and 2," explained Svensson. "There are discussions, Dino Crisis comes up from time to time, but there isn't any burning desire from R&D or the business side to light that franchise back up again."

"As much as I love Dino Crisis, I don't think pre-rendered backgrounds; tank-controlled dinos are going to sell to the level that's going to cover the budgets that it takes to make something competitive in that space."

"Someone internally may cook up an idea, but we haven't seen the fire from R&D yet and no one's come up with the idea yet," he added. Do you miss Capcom's Onimusha or Dino Crisis franchise, videogamer?