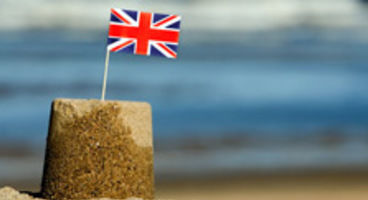 Finally the UK government has been more forthcoming with why they don't explore tax incentives for the videogames industry, and it's TIGA's fault.

"We have heard the figures quoted by TIGA, but we do not accept the validity of that analysis because we feel that some of the assumptions underpinning those estimates are erroneous," said Gauke in a parliamentary debate.

Industry group TIGA claim in their report that tax relief could create or at least protect 3550 graduate careers and near £500m of development cost.

"The research commissioned by the industry implicitly assumes that the investment incentivised by the subsidy is entirely additional to the UK economy," said Exchequer secretary Gauke. "In reality, it is likely that the relief will displace investment from elsewhere in the economy, so the net impact on total UK investment could be limited."

"For example, it is possible that such a tax subsidy would divert investment from more productive sectors to the detriment of the productivity of the UK economy as a whole." Pushed further he added TIGA "does not appear to recognise that... highly skilled graduates would not remain unemployed if they did not find work in the video games industry."

"I do believe... that the strongest economic case can be made for lower tax rates as a whole, across a broader base, as opposed to targeting some sectors, unless there is a strong case that there is some kind of market failure."

"We have not yet heard such a case being expressed in a way that we find persuasive, and that is why we decided not to proceed with video games tax relief," he continued.

So there you have it - there will be no videogame industry tax relief unless the sector looks to be on the ropes, bleeding heavily and hallucinating. The Man has spoken.