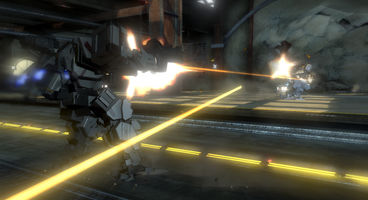 Square Enix confirmed today that Front Mission Evolved, developed by Double Helix Games, will be available on the PlayStation 3, Xbox 360 and PC in Spring 2010.

The first of its kind in the series, Front Mission Evolved is an action-packed Third-Person Shooter and the next instalment in the Front Mission franchise. Players will take full control of the Wanzer, a massive humanoid, fully customizable war machine, in single player campaign and online multi-player.

Larry Sparks, Vice President Brands PAL Region of Square Enix comments, “We’re pleased to be releasing the next chapter in this classic franchise and invite existing fans and gamers new to the series to enjoy all the action that FRONT MISSION EVOLVED has to offer.”