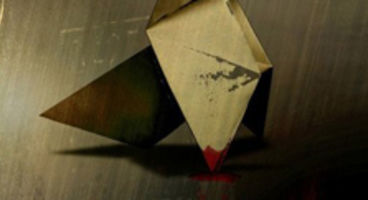 Quantic Dreams' PlayStation 3 exclusive Heavy Rain has been essentially optioned for a movie by ex-New Line bosses, using their own cash.

Bob Shaye and Michael Lynne couldn't wait any longer and decided to dip into their own bank balances, with the deal expected to be sealed.

"Using their own money, Shaye and Lynne posted top bid in an auction held by CAA on behalf of game developers Quantic Dream," reports Deadline. The two couldn't be bothered to wait for a studio backer to give the thumbs up.

Shaye and Lynne operate new production company Unique Features. These were the hot shot Hollywood executives who said yes to director man Peter Jackson and that little book about some Hobbits and a Ring.

Heavy Rain with its serial killer with an appreciation for origami is already a movie some say, so that's mean an actual film should be nothing but totally awesome? Heavy Rain for PS3 has now sold over 1 million copies around the globe.