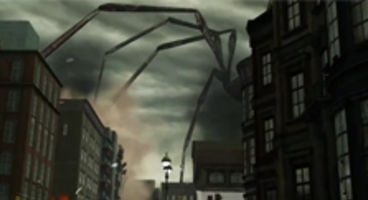 This co-op arcade shooter gives us thousands of bugs to slaughter with over 150 weapons. The city is completely destroyable. It's out spring 2011.

The campaign has up to 3 players partner together online and gun down the insects and other foes across a cityscape that's totally open to being left a smouldering crater. Each EDF troop has over 150 weapons and 4 upgradeable sets of armour.

There is also a 6-player Survival mode which throws a human squad against a flood of very large insects in a massive onslaught. Earth Defense Force: Insect Armageddon releases on Xbox 360 and PS3 spring 2011.