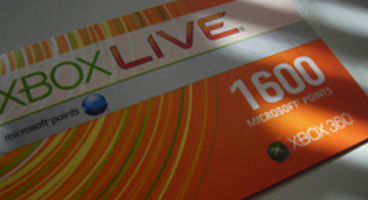 Microsoft's Aaron Greenberg has explained a little why they choose Microsoft Points over using local currency on the Xbox Live Marketplace.

It's all those countries out there, and then the fluctuations in currency itself. 200 MSP is "200 Points everywhere" he says, but they might go.

"We did it with Games On Demand and the response has been really good. I think people like to see the dollar amount. We never intended to ever mislead people," Greenberg told G4TV, talking about the Games on Demand service using real money.

"I think we want to be transparent about it, and so it is something that we're looking at. How can we be more transparent and let people see it in actual dollars? The fact is that you've got to think that we have one service that we're offering around the world."

For a long time Microsoft has been criticised for the Microsoft Points system instead of adopting proper money prices on their virtual store items, like Sony does with the PlayStation Store. It's actually seen as a sneaky way to 'disconnect' consumers from the real cost of Marketplace items on Xbox Live.

"The nice thing about points is that no matter if you're on the yen or the euro or the dollar -- something that's 200 points is 200 points everywhere around the world," he added.

"There's more technical complexities to being able to put local prices in," he continued. "You have to do that for every product in very country and you then have to deal with currency fluctuations."

"So there's some challenges to that, but we absolutely did it with the Games On Demand, response has been good and absolutely it's something we're looking at doing."

What do you prefer? The Microsoft Points system with 'top-up' cards available in retail stores, or being able to see exactly how much you're forking over? Hmm.