US retailers pre-order Kinect around $149, UK shops list no price 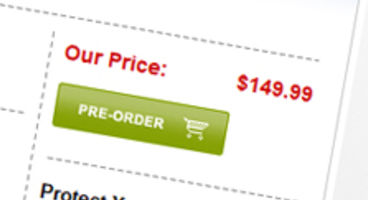 Microsoft has said many times now that no price for Kinect will be unveiled until we're much closer to its November launch date, and no sooner.

That hasn't stopped US retailers like Amazon, Best Buy and GameStop from taking educated guesses of a sales tag around the $149 mark.

Yes four US retailers appear to have formed a consensus (Best Buy, Gamestop, Walmart and Amazon) that Kinect will cost about $149 when it finally hits shops, reports Joystiq. Microsoft won't comment on these prices beyond saying they're speculative.

UK retailers meanwhile have yet to offer a speculative price of their own, simply leaving the cost blank for now on their Kinect pre-orders. November 4th is the US retail date for Kinect with a worldwide release to shortly follow afterward.