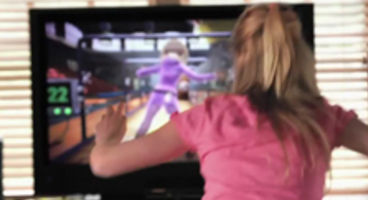 Codemasters' Rod Cousens believes Microsoft have "researched" Kinect's price point well, and been "influenced by the timing" of its release.

It's those "devotees" wanting to be "first in line" that gives them confidence they can sell "all it can make" at the current price for 2010. Drop early 2011?

"The price point will doubtless have been researched and influenced by the timing of release and the anticipated achievable volume from the Xbox 360 devotees who will want to be first in line for the latest offering," said Codemasters' Cousens, reports CVG.

"Microsoft will be confident about selling all it can make this year. Thereafter, it will be interesting to see if there is rapid downward price migration early on in 2011."

Dropping Kinect Adventures from the standalone bundle will allow them to achieve a quick drop in the price point for the motion peripheral next year. "By bundling with a game, it implies a standalone price target of sub-£100 - which is where Kinect will need to be if it is to attract mass and establish itself as a platform," said Cousens.

Kinect is priced at £129.99 in the UK and at £249.99 when bundled with the newly announced 4GB Xbox 360 S this November. The new redesigned Xbox 360 model has sold mega gangbusters in the UK, sending the Xbox market share soaring.