Jaffe defends 'artless' videogames, "some of us LIKE" it that way 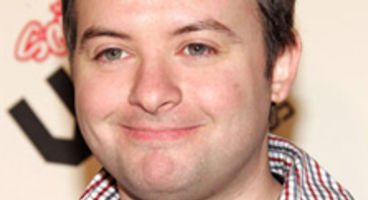 Eat, Sleep, Play's David Jaffe has come out swinging in defence of studios and gamers who enjoy an 'artless' videogame. It's those damn journalists!

Press types whinging about games needing "deeper artistic sensibilities" has Jaffe blogging away. We should study how the medium works he says.

"I'm really tired of journalists writing pieces about what they feel is lacking in games- be it deeper artistic sensibilities, deeper stories, meaningful mature views of the world, or more realistic portrayals of women", began Jaffe's blog piece.

"...and framing the opinion as if it's a foregone conclusion that what they are asking for simply needs to happen and it's our lack of maturity as developers or our lack of ability or our fear of a lack of sales that are the things that prevent their desires from coming true."

"It's like they never stop to consider that perhaps many of us game developers don't want what THEY want," said the Twisted Metal and God of War designer.

"Maybe some of us don't want to load our games down with political and philosophical discourse," he continued.

"The point is not whether games can or should push at these boundaries. For some developers and gamers they absolutely should try to do so (and some games do try and at times somewhat succeed). For other gamers and developers, not so much."

David Jaffe and his studio are busy with the new Twisted Metal releasing exclusively on PS3 in 2011. The veteran developer apologised that he lied through his teeth about there being no new Twisted Metal, because he wanted a genuine surprise for fans at E3.

Many say we need to 'grow up' as an industry in storytelling and what not, but let's not forget we are an industry of videogames which must first and foremost be fun to play.