Molyneux: I want to break into the AAA club 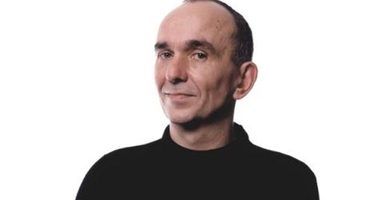 Is it me, or does Pete Molyneux talk a lot? Like A LOT a lot?

In his latest round of public musings, the eccentric developer told MCV that he's "never" made a great game.

"I've made a lot of good games, but never a great game," he said.

“I’ve never made a game that people will put in their Top Five list of all-time greats. You might consider one of mine, but I don’t think you’d put it in.”

“It’s not humility," he reasons. "It’s the reality and the truth. I am a designer and I shouldn’t stand up and say everything is wonderful and shiny and great and we made the greatest game ever, because we didn’t. Being inspired by your mistakes is one way of breaking into that triple-A club. It will always be my consistent dream to break into that club. I’ve made a lot of good games, but never a great game.”

This 'AAA' club he keeps referring too applies to games which have sold over 5 million units, like Halo or Call of Duty, which is something he has yet to achieve with one of his games.

That man, whatever will he say next?