21 October 2010 | By Jamie Davey
Exor Studios has announced that the second free expansion for Zombie Driver called Blood Race introduces a new mode where players will be able to race against other zombie apocalypse survivors in a brutal tournament.

The exclusively created race tracks are full of destructible elements as well as hordes of zombies that will try to stop you from finishing the race. There's no release date set at the moment, but more will be revealed soon. 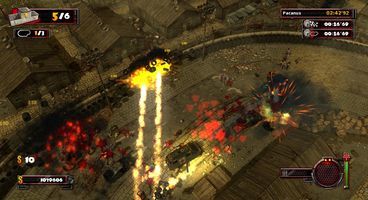 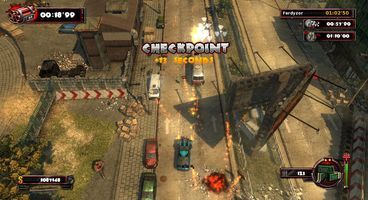 "The first free expansion for Zombie Driver has created a lot more positive buzz for the game than we have expected and allowed us to introduce the game to a lot of new players", stated Pawel Lekki, Chief Operating Officer at EXOR Studios. "Thanks to the warm response from gamers we are able to continue expanding the game with new play mechanics and additional content without charging for any of them".