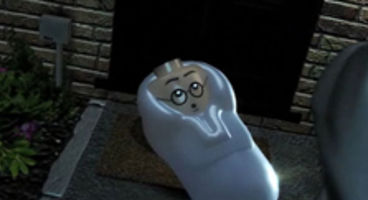 TT Games' Jonathan Smith reckons those snot nosed 8 year olds are "quicker than anybody" in filtering a games quality - they just 'get it'.

They "just say" if something isn't working out, with small things ruining it for them. If they're unhappy they "get bored and move on." Better gamers?

"They get to it quicker than anybody else, because they'll just say if something doesn't work. The smallest things could ruin something, and they'll get bored and move on."

Kids at that age are the best to really enjoy a videogame, whereas adults tend to think on things too much. "Grown-ups look at games differently," said Smith. "Adults kind of forget what it is to play a game some of the time. Every time an eight-year-old plays a game it's the most brilliant thing in the world to them."

"They're not thinking about what they should be doing or asking questions about execution, which is what we do sometimes as adults." Well 'we adults' have tried to solve that issue... with game guides - they take away most of the 'thinking' for us. Should we adult gamers be super jealous of our eight year old brethren on the Nintendo Wii?