UK chancellor to "consult with business" over industry tax relief 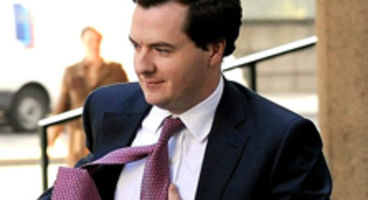 There might be hope yet to not have so many pennies pinched as UK chancellor of the exchequer, George Osborne, informs of an autumn review.

He'll "review the taxation" of IP and "R&D tax credits". Osborne revealed this upcoming consultation in a letter to Dundee MSP Joe Fitzpatrick.

"To ensure the continued effectiveness of the schemes, the Government will consult with business in autumn 2010 to review the taxation of intellectual property, the support R&D tax credits provide for innovation and the proposals of the Dyson review."

MSP Fitzpatrick wrote to Osborne warning that the dropped tax relief plans would hurt games companies in his area and probably lead to 200 jobs disappearing over 5 years. France and Canada are proving to be thorns in the side to the UK games industry.

"I welcome this announcement from the Chancellor which is a recognition that, although he did not introduce tax relief in the emergency Budget, he is willing to review that decision," Fitzpatrick said in response. Canada enjoys pinching our talent.

"The Treasury’s decision to drop Games Tax Relief in the June Budget was a mistake. The UK video games industry is export oriented, employs highly skilled people and is low carbon in output. It is an industry of the future," said TIGA's Richard Wilson.