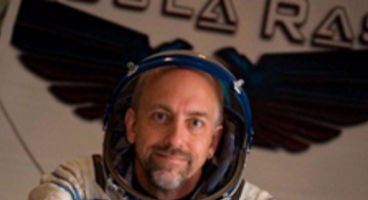 Role-playing god legend Richard Garriott has revealed he plans on developing some "familiar Ultima-esque games" in the future.

These would all be launched on his announced social gaming platform, Portalarium, which he believes is the "right place" for them.

"We have yet to announce quote-unquote my game," space man Garriott told Kotaku.

"What motivates me is to go back and make Ultima-esque, familiar Ultima-esque games. But I believe the right place is to do that on this platform." He believes that free-to-play web platforms can pull in the hardcore crowd, and Portalarium will prove it.

"And I believe it will be very clear from a little inspection why ours is tangibly easier to use, faster to load , faster to install, smoother graphics, everything."

"And that's purely because of the foundation we decided to build upon. Then you can extrapolate and go, 'Okay, I know that a quality game can be produced even launched through one of these community portals. Well... as soon as they start making MMO-type games, that will be something I'll be interested in." We'll see Mr Garriott.

We've still got Tabula Rasa's failure fresh in our minds...