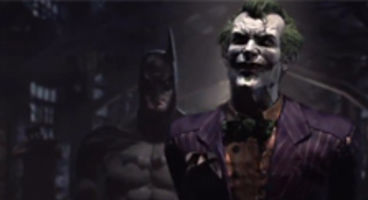 The mega giant calls this a "great strategic fit", as DC Comics IP rights return to them. Rocksteady devs are "proud to strengthen" ties.

"This arrangement is a great strategic fit and we are very pleased to solidify our relationship with this talented development team."

"We are proud to strengthen our association with WBIE, a world class publisher that we have enjoyed working with since we began developing Batman: Arkham Asylum," said Jamie Walker, Rocksteady's studio director.

Batman won't be the only DC Comics IP they'll get to create games with, teases designer Sefton Hill: "The Rocksteady team is very much looking forward to creating more great games based on widely recognised Warner Bros. brands like Batman."

Eidos and Square Enix are likely sad to see Rocksteady Studios slip from their grasp, as they published Arkham Asylum before Warner clawed back the DC Comics IP rights. Did you enjoy Batman's latest videogame escapade as much as we did?