Sega West invest more in digital, 37 UK and 36 US jobs for the chop 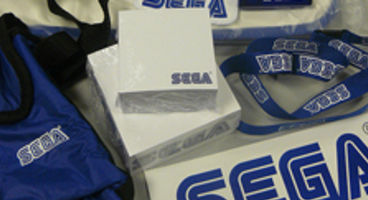 In order to better focus their teams on the "digital side" of publishing and distribution, Sega West are trimming London and San Francisco.

Sega Japan had no direct involvement, this decision was "taken by the West." This helps be "more cost effective" in the digital marketplace.

"We've been going through the planning process the past six months, taking a look at the future of the market and where we think our investments need to be," Sega West president, Mike Hayes, told IndustryGamers in an interview.

This means the company has "made the reluctant decision to reduce headcount by 36 employees in the San Francisco offices and 37 in London." That's about 10 percent of their Europe workforce and 15 percent of N. America - totally 12 percent of Sega West.

"It's no surprise that the share of digital is growing as an overall part of the videogame business, so we decided we have to invest more in that specific area. And notably, we had to get our business groups appropriately sorted to provide the right focus."

"What we decided to do is to make San Francisco the kind of hub for our digital efforts, and therefore make London the hub for the traditional packaged goods part."

"I would stress, however, that this is very much administrative reorganisation, because clearly we want to be very successful with digital globally. Likewise, we want to continue to be successful with traditional goods," added Hayes.

"So the reorganisation allows us to be much more efficient in terms of our costs, but probably more importantly in the way that we can look at the future business."

While Sega Japan is the big boss and they're always pressured to work to impress their head office - "who isn't?" These staff cuts were made entirely by western management. "This was an initiative taken by the West," affirmed the West boss.

"We wanted to figure out how to be more effective in this incredibly growing marketplace and how to be more cost effective. It's something that the management teams in San Francisco and London have embarked upon."

Sega West's digital groups will continue their focus on the likes of Xbox Live Arcade, PlayStation Network, iPhone, iPad as well as PC games. They'll be increasing their interest in the social gaming space too.

Digital is to be a "bigger part" of Sega moving forward.