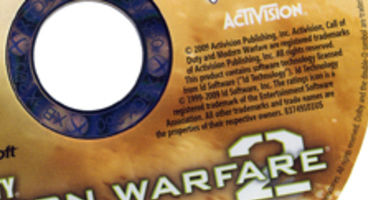 CEO Bobby Kotick of Activision Blizzard has said that around "70 percent" of the publisher's operating income is in fact "non-console-based".

That means he no longer "religiously" keeps an eye of weekly sales charts, because "disc-based sales" are now a "very small part" of Activision.

It's no secret that Blizzard's monthly subscriptions from World of Warcraft, which top 11 million users, are a primary source of income for the publisher. "I care a lot less. It used to be, I would religiously look at weekly retail sell-through data, but it's a very small part of our business now," Kotick told The Wall Street Journal, reports Gamasutra.

"Today, probably 70 percent of our operating profit comes from non-console-based video games. So, while you might see a month-to-month change or volatility against expectations, that doesn't really get us too concerned."

Acti's operating income for the January-March 2010 quarter was $511 million.

Each of those 11.5 million WoW subscribers pays about $15 a month which translates to huge money for Blizzard, which funnels into the Activision coffers. "Five years ago, DLC and subscription services weren’t as popular, and as a result monthly volatility at retail is now less impactful than in the past," added Acti Blizz's Maryanne Lataif.

Kotick recently echoed his desire for a subscription-based Call of Duty. World of Warcraft: Cataclysm releases later this year, revamping the original content.