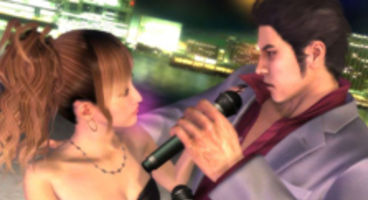 In Yakuza 3 the hostesses were pulled from the western version to get the game out the door in time, but Yakuza 4 will keep them say Sega.

Fans complained at the 3rd not including them as hostess clubs are a major part of Japanese culture. No they're not for 'happy endings'.

Other stuff like the mini-games of mahjong and shogi and Japanese chess are unconfirmed for the English western release said Sega community manager Aaron Webber, reports Siliconera.

Are you a fan of Sega's Yakuza series, videogamer? Yakuza 4 releases exclusively on PS3 in spring 2011. Arcade quiz game Answer x Answer won't make it as it goes beyond mere translation of text for the 1000+ quiz.