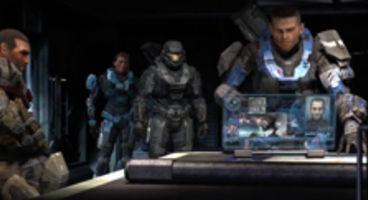 People who like to do naughty things with computer code have got a hold of Halo: Reach, allegedly from Microsoft's own 'secure' systems.

Bungie is naturally sad but also warns Halo fans it's probably best to avoid gaming sites if you want to remain "spoiler free" before it retails.

"The moderation team is doing their best, but if you want to stay 100 per cent spoiler free, our best advice is to 'go dark' by staying off all internet gaming forums until you have played through the game!" Halo: Reach releases on Xbox 360 September 14th.

The sci-fi prequel sequel was made available to the press for review via the Xbox Live Marketplace, with the 7GB title priced at 99999 MS Points. 'Code enthusiasts' bypassed Microsoft's stellar defence of awesome and nabbed copies for themselves.

"We are aware of claims being made regarding a security exploit related to Halo: Reach and are aggressively investigating the matter," Microsoft said. "We have no further details to share at this time." This is quite the embarrassment for the corporate giant.