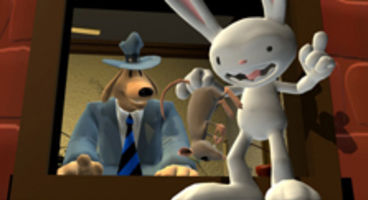 Season 3 of the crime fighting duo Sam & Max will be coming to the PlayStation 3, according to the ratings database of the ESRB.

Developer Telltale Games has yet to make a release on PS3, so this is surprising. The first episode of season 3 is 'The Penal Zone'.

Sam & Max: The Devil's Playhouse is the upcoming season for Telltale Games episodic return of the lovable LucasArts dog and rabbit of the Freelance Police.

"...one sequence depicts a man's face falling into a bowl of spaghetti, revealing a "cartoony" axe sticking out of his head," reads the ESRB rating.

"Characters sometimes use the words damn and hell in the dialogue." The horror! Have you be enjoying Telltale Games spin on the Sam & Max universe? It's extremely unlikely that the third season would be exclusive to the PlayStation Network - so stay tuned.