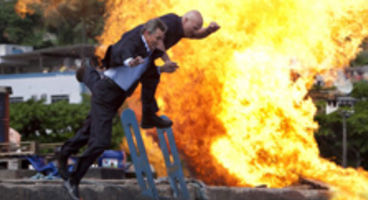 Okay so it's not 'action' news... The Interactive Software Federation of Europe has come out defending itself over criticism it doesn't involve devs enough.

Guillaume de Fondaumiere, chairman of the European Games Developer Federation, said they "debated without" much input from studio teams.

Yes it's one of *those* news stories so quit rolling your eyes and pay attention, because this does technically affect you, videogamer. Basically the EGDF chairman says that ISFE doesn't care much for developer thoughts and opinions on the PEGI ratings.

Specifically he said they “debated without, really, taking the developer's perspective into account." Obviously the ISFE took exception to this wording and so fired back that they do in fact care, a lot, and don't just represent the publishing houses.

“It’s important to point out that the ISFE already represents the need for developers,” said ISFE, reports Develop. "We do not exclusively represent just publishing bodies – for example, we represent publishers’ internal studios – of which there is a large number of.”

They added that the PEGI “age ratings system today is in good shape”.

Quantic Dream CEO de Fondaumiere, also the chairman of EGDF (were you paying attention?), is lobbying for a spot on the ISFE board. “The issue that de Fondaumiere put to us will certainly be on the agenda,” said a representative.

“But the most important step is to sit around a table and discuss this – it’s good to have the broadest discussion possible in this.” There you go - you've just read (or skimmed) a very thought provoking piece of news - but be honest, did the explosion draw you in?