Sony has "no comment" to 'Motorstorm 3: The First Playable' snap 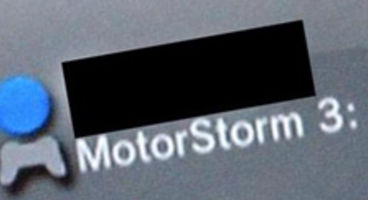 A picture of someone's friend playing something called 'MotorStorm 3: The First Playable' has surfaced on the Internets, but Sony plays dumb.

The source spotted their chum on his PSN friends list playing MotorStorm 3. A domain for a third was registered by SCEE not that long ago.

It was a NeoGAF poster that spilled the MotorStorm 3 beans, of which he can't seem to say much more about - but did manage to slap up a teasing image. SCEE registered motorstorm3.com but dismissed this as simply a measure to protect the franchise.

It should in no way “be interpreted as an announcement of a new title” said the Sony Europe arm. As for this image they offer "no comment" to the likes of us, reports VG247. Are you looking forward to MotorStorm's return on the PlayStation 3?

Here's a trailer for 2008's MotorStorm: Pacific Drift for PS3.