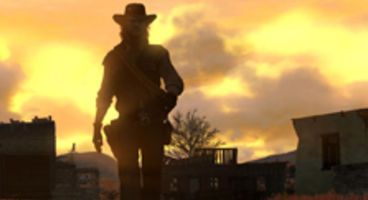 Grand Theft Auto DJ Lazlow, star of Liberty City's Integrity 2.0 and long-time contributor to Rockstar Games, wants us to emote from their latest.

Gamers will "feel they're part" of Red Dead Redemption's world, becoming "immersed in the time period." It's "an amazing high" to finish the project.

"I hope that for the people that do pick it up that it evokes an emotional response," the now infamous Lazlow told Radio 1's Newsbeat, reports Eurogamer.

"Those interiors were all specifically researched by our people in great detail, so I hope they'll love it and that it'll put a smile on their face," he continued.

"It's an amazing high. You're also very sensitive to any criticism about it because you've worked so hard on it," replied the big shot producer, asked what it's like to finish such a large and encompassing project.

"But I think the real emotional feeling is taking the disc home and playing it and when you finally complete that final mission I get misty eyed. It's like 'Wow, this thing is finally coming to a close' - this thing my friends and I have worked on for years."

Now come on, let's get to what we all really want to know - is Lazlow the very same guy we've all come to know and love from the world of Grand Theft Auto radio? "Haha! How much am I a depressed, balding, divorced mess? Sometimes," he quipped.

"No, only kidding! The character of Lazlow in the games is written by Dan Houser and I, so he always puts in some nasty things about me, in my personality and the script. I would say it's probably 60 to 100% accurate!"

How did Lazlow get this gig in the first place anyhow? "I got into the video game industry by slacking off, I met one of the founders of Rockstar games on the beach whilst surfing and we started doing some fake radio shows and fake DJ banter for GTA III."

Have you picked up Red Dead Redemption yet? It has been released for Xbox 360 and PS3 last week in the US and Europe to a raving critical reception.