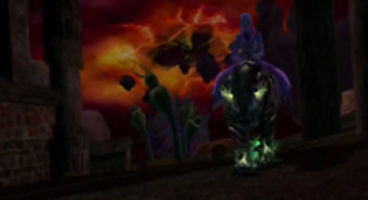 Following in the footsteps of Blizzard and their highly successful premium mount service for World of Warcraft, SOE has EverQuest II flogging rides.

Three 'Prowler' mounts - available in purple, green and blue - are now selling for 2500SC which is worth $25 in real money. Players demand it.

Each of these EQII mounts comes in two forms reveals Sony Online Entertainment.

"Both versions of the mount have a 65% run speed," added the studio. Apparently those EverQuest II users just want more of this kind of stuff says SOE. World of Warcraft's premium celestial steed has sold mega bucks for very little development effort.

Should we be disappointed in the studios, or with ourselves?