There's "no chance in hell" of download-only gaming says Pachter 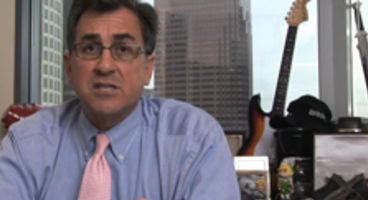 Wedbush Morgan's Michael Pachter says 'no way' to the videogames industry going all download-only any time soon; most don't have wifi.

Xbox 360s connected to the Internet is about two thirds believes Pachter, with PS3 "as high as 85%." Wii likely just 35% - this keeps discs alive.

"We're not going to ever have a mandated download as long as we have any device that's not connected to the internet," Pachter said on GameTrailers' Pach Attack show. "No chance in hell," was his first response to the download-only question.

"And with the Wii my guess is its below 50% but probably closer to 35%, so it's all the guys that are NOT connected that are going to keep games from ever being mandate downloadable." Sony has already tried going purely digital with the PSPgo.

Its sales are always lagging at the bottom of sales charts, clearly indicating that the mass gaming consumer isn't ready to just play frisbee with discs yet. The fact that around "half of all households" don't have wireless makes it hard to connect devices.

Fear ye not you box art loving videogamer, downloads haven't been crowned yet.