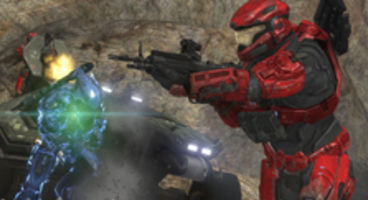 Developer Bungie has just revealed Halo: Reach's statistics for its first week out in the world. There's been 5,901 years worth of game time online.

"While we’re not privy to the methodologies and data used to compile the Xbox LIVE Activity reports published to Major Nelson’s blog this morning, we do know that last week’s numbers were well off the mark due to what’s now being called a “manual reporting error," said Bungie.

"Fortunately for us, our online team tracks every single aspect of Halo: Reach right down to shots fired, and our own internal data tells a very different story. To help put launch week into a little more perspective, we’ve prepared a handful of stats to compare and contrast Halo: Reach against our stalwart online juggernaut, Halo 3."

Here are the first week stats from Bungie:

• To account for the same number of online players found in Halo: Reach during that same window (just six days), we had to run the numbers for Halo 3 going all the way back to 8/6/2010, encompassing a full 45 days of Halo 3 play!

• 70 Million+ Games have been played

• 235 Million+ Player-Games have been played

• 2 Million+ Files have been uploaded to File Shares

• 20 Million Daily challenges have been completed

• 709,840 Weekly challenges have been completed

• 165 Billion Credits have been earned

Halo: Reach scored over $200m in sales within its first 24 hours on sale, and pushed 300k copies in the UK that same period. This was Bungie's last major entry in the series they created with Microsoft's 343 Industries taking over the reins.

Halo: Reach released exclusively on Xbox 360. Check out our review.