Rumour: Another EA title for VGAs? 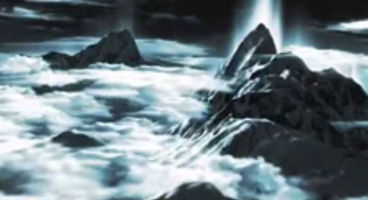 Another commercial for Spike's VGA 2010 has the mill of rumours churning away that EA will unveil a new videogame, all because of a snowy mountain.

The short clip includes a voiceover telling us to "get ready to take on the planet," and has a helicopter fly toward a red flare. An EA logo was removed?

Yes apparently an EA sticker was on the clip but was removed. All it shows is a planet being zoomed in on before a gravelling voice tells us to 'get ready'. Given that a helicopter is flying toward a red flare in a blizzard-struck mountain it's likely modern-day.

It could be a number of things like Battlefield 3 or even a new SSX game reveal. We'll just have to be patient for the damn VGA 2010 to kick off early next month. C'mon already!