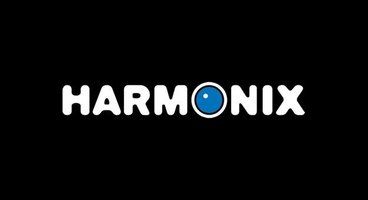 It’s been an eventful 2010 for Harmonix. They release Rock Band 3 with a new keyboard controller to critical acclaim but poor sales. Viacom decides that they’ve had enough of the music game industry and shops them around, but no one, not even distributor Activision is interested.

If that weren’t enough, earlier this week, Harmonix shareholders headed by company founders Alex Rigopulos and Eran Egozy file suit against Viacom, accusing them of trying to bilk them of a large percentage of the gross profit of the Rock Band series since its origins in 2007.

Specifically, Viacom’s acquisition deal stated that Harmonix shareholders would be awarded with 3.5 times any gross profit of the Rock Band franchise over $32 million in 2007, a deal that Gamasutra states had "no cap." A similar deal applied to 2008 for profits over $45 million. To put things in perspective, the Rock Band franchise surpassed $1 billion in sales by March of 2009, and that was just in North America.

The reason Electronic Arts did not purchase Harmonix becomes clear when the suit accuses them of being complicit in the suit. Viacom allegedly attempted to manipulate Harmonix’s earn-out payments by negotiating a deal with EA that benefitted Viacom instead of Harmonix, by deliberately ignoring a way to lower EA’s distribution cost which would have increased Rock Band profits, and instead gave free advertising to EA on MTV.

As a result, Harmonix has announced it would go solo as an independent developer.

In a statement, Harmonix stated: "We’re happy to confirm the news today that the sale of the company is complete. We appreciate all of your support, comments and warm wishes in the preceding few weeks. Viacom and MTV Networks have been an amazing home for us over the past 4 years. It’s where we launched both Rock Band and Dance Central, worked with The Beatles, Green Day, AC/DC, The Who and thousands of other artists.

"We want to take a moment to thank everyone in that organization who helped make these awesome games possible... We’re excited to be returning to our roots as an independent and privately owned studio. As for what it means for you, the DLC schedule marches on for Rock Band, we will continue our support of previously released titles and we’re hard at work on some unannounced projects that we think you’re going to be pumped about."