Rumour: Sony has set an internal window of May 2011 for Killzone 3 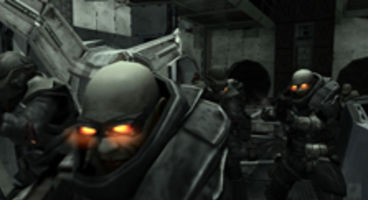 Whispers escaping the lips of sources close to Sony reveal the corporate giant expects May 2011 is the date for Guerrilla Games' Killzone 3 to hit.

Aside from a "standard two-player" co-op , we should expect "an objective-based" four-player co-op too. PlayStation Move and 3D confirmed.

"Guerrilla is working on a standard two-player, co-op - as you'd expect - but there's also an objective-based separate four-player co-op mode in the works, too," said CVG's source. As the May 2011 date is purely internal it could change at any time - salt pinches.

"I've also been told that there will be vehicles in the online multiplayer - but I haven't seen that for myself yet," they blabbed on. We now know already that stereoscopic 3D and PlayStation Move's motion control is fully supported as Sony confirmed it.

Other details like ice levels, jetpacks and multiple firing rocket launchers have all been spilled from the GamePro piece on Killzone 3.