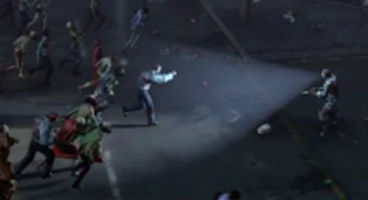 Beta invites for Dead Nation have been sent out almost randomly by Sony to PSN users who need only stay logged in to sample the beta.

You're required to kill as many "dirt-ridden flesh sacks" as you can. The game is developed by Super Stardust HD's Housemarque studio.

"All you need to do is make sure you are signed in to the PSN while trying to kill as many dirt-ridden flesh sacks as possible!" says the Sony beta invite. You'd best check those PSN email inboxes in case Sony want you putting down the dead.

The beta concludes September 3rd so you get over a week of play. It's a third-person shooter and has you trying to save humanity by finding a cure for the zombie outbreak. Dead Nation releases exclusively on PS3 sometime in the future.