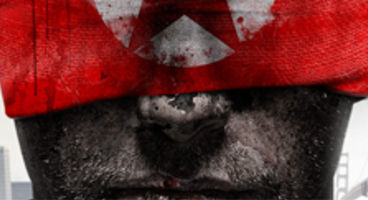 Homefront isn't just a videogame for THQ as they announce the "first element" of their "vast transmedia strategy" for this new franchise - a novel for 2011.

"We’re delighted to confirm the first element of what will become a vast transmedia strategy for Homefront,” said THQ's Danny Bilson. Homefront is set in 2027 where a greatly empowered North Korea begins its conquest of the world.

"John Milius has already worked with us extensively on the Homefront game, and we’re thrilled to have him and Raymond on board as we develop our near-future world into other types of media. Random House is a great partner to help us reach an even broader audience.” Author John Milius is responsible for Red Dawn and Apocalypse Now.

"Homefront represents a fascinating vision of the near-future,” added Milius. “After completing my work on the game, it became clear that there were many more stories to tell, and this book will offer a chilling look at this near-future world.”

Raymond Benson has written a number of books based on the Metal Gear Solid universe from Hideo Kojima, and James Bond adventures too. Benson also authored the first two NY Times best-selling books in the Tom Clancy’s Splinter Cell series.

Homefront releases on Xbox 360, PS3 and PC March 2011. THQ has already thanked the actual North Korea for being as scary as it is and promoting Homefront's story.