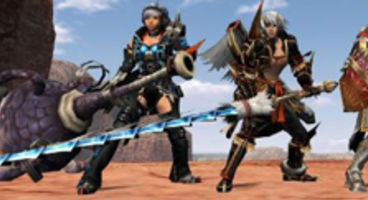 The upcoming HD console MMO Monster Hunter Frontier will be releasing in Japan on June 24th, with an open beta running until July 7th.

Capcom will kick off the game servers officially on July 7th, which is when users will have to decide if they want to sign up for monthly subscriptions. Beta testers get the chance to keep their characters and items they collected.

Publisher Capcom hasn't mentioned a release in the West for Monster Hunter Frontier, and it's unlikely they'll be considering a version for us lot. However, Wii exclusive 'Monster Hunter Tri' is releasing April 23rd in Europe and could change that?