Bungie "not looking at one" platform right now, "options are open" 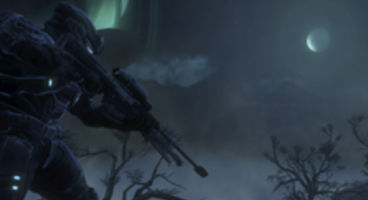 Halo developer Bungie, now an independent studio, already have a team working a new project though they're "not really at liberty" to talk.

As for the next platform? The studio is open to all technologies providing they offer the "best possible fit" for their projects creative direction.

"It's going to be a whole new universe and a whole new experience," Bungie's community manager Brian Jarrard told IndustryGamers, on their new secret project.

"I'm not really at liberty to talk about what genre it's going to be in but I would say that the studio has had a lot of success in the first person genre." Halo: Combat Evolved released over ten years ago for the original Xbox, igniting the first-person genre.

"We've also made some third-person games that have been successful, the Myth series as a real-time strategy game was successful, so we have a really broad array of interests, even outside of game development," he continued.

Will the next Bungie release be focusing on the hardcore, much like Halo has done, or will the studio branch out to the more casual audience?

"Hopefully they have something about them that's appealing and interesting to a wide variety of people: people that love great stories, people that love action/adventure... these are the kind of things that, throughout every Bungie game has been a pillar."

Perhaps more importantly for most, what platform is Bungie gunning for?

"We definitely have plans in the works, and I think we're really close to understanding of what is next and who, what, when, where, that's all going to land. But we're not looking at one particular piece of technology right now," replied the PR-mindful Jarrard.

"All options are open right now, so long as we find the best possible fit for our creative vision and what this project is going to be," he added. It's unlikely the studio would just up and leave the Xbox 360 given their immense experience with it to 'gamble' on PS3.

Worryingly, the Bungie community manager showed the studio has a profound intrigue in social gaming and networks like that of Facebook.

"For us, it's a super exciting time right now because there's more ways than ever to touch and engage players and fans and it's definitely something we're thinking about going forward and how do we leverage different types of technologies and different outlets to create a bigger community and a richer, more sustainable game environment; so these are definitely interesting discussions that we're having right now and all the time."

What platforms do you hope Bungie will grace in the future? Xbox 360 is almost a given, with PlayStation 3 a likely ambition to accomplish. Let's hope they don't forget PC...