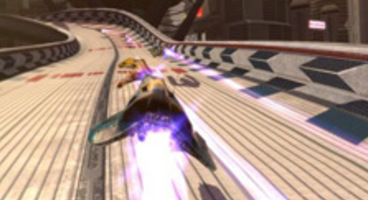 The trouble with the third dimension is all that extra juice you need, and WipEout HD and MotorStorm: Pacific Rift won't be as visually sharp.

"WipEout HD was originally 1080p at 60Hz: obviously a good foundation to start from. Making the 3D build of this we had to go for two 720p images," said 3D development manager Simon Benson of SCEE, reports Edge.

Its frame rate drops from 60 to 30. MotorStorm: Pacific Rift proved even harder for the team to adjust with its native 2D engine running at 720p and 30 frames. The 3D version however drops below the expected HD resolutions.

Games built from the ground up will be better reports Digital Foundry, but launch titles whose code is simply 'upgraded' will suffer. This comes as no surprise. Check out an old WipEout HD trailer below for all that 1080p-ness.