Insomniac Games develops for 360 with EA, PS3 exclusives still on 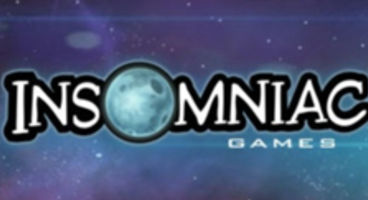 Huge news from Insomniac Games, creators of PlayStation bigs like Ratchet & Clank and Resistance, because they're teaming up with EA.

The 14-year veteran PlayStation developer will still "build upon" PS3 exclusives affirms Sony, with an announcement "in the near future."

EA Partners has signed a publisher and distribution deal with Insomniac to developer their first ever multiplatform game. Specifics of the deal weren't revealed but this new IP will remain in control at the development studio and not with EA.

"Working with EA Partners allows us to extend the reach of our games to a multiplatform audience while retaining ownership of the intellectual property," said CEO Ted Price of Insomniac about the EA partnership.

The studio has been responsible for likes of Spyro the Dragon.

"We are excited and eager to introduce Insomniac to a new group of gamers while reinforcing to our loyal fans what makes our games special,” said EA Partner's general manager David DeMartini. “Insomniac is renowned for their commitment to quality and their ability to create unique, exciting worlds for gamers to explore."

Sony has been quick to allay fears for PlayStation fans saying that Insomniac is still committed to them and a new PS3 exclusive will reveal soon - likely Resistance 3.

"Sony Computer Entertainment and Insomniac Games will continue to build upon a strong, successful 14-year partnership that has led to more than 35 million games sold and enjoyed by fans around the world," SCE told CVG.

"We look forward to unveiling Insomniac's next PS3 exclusive properties in the near future." Should more studios be branching out to multiplatform projects, or do you like your diehard platform developers to stay where they are?