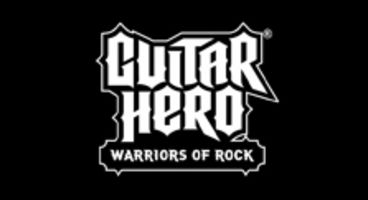 According to an Amazon listing the new Guitar Hero 6, which is yet to be formally acknowledged by Activision, has a subtitled moniker.

It won't just be called Guitar Hero 6, but will run with 'Warriors of Rock' instead. They've also listed some prices, like $99.99 for the guitar bundle.

Of course you might just want the standalone for $59.99 as you might already have the guitar and whatnot. If you're feeling particularly flush with cash then you could splurge $179.99 on the "super bundle" kit with likely has the drums too.

The only thing to have been revealed so far about the new Guitar Hero is that it will star Metallica's Lars Ulrich and Kiss man Gene Simmons. Queen and Black Sabbath tracks were also said to be included.

Amazon has Guitar Hero: Warriors of Rock for release on Xbox 360, PS3 and Wii this September - though it's best to wait for what E3 2010 has to say on that.