2010 to be "stellar year" for Ubisoft, haven't revealed entire line-up 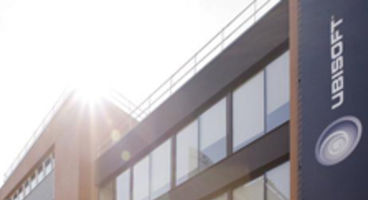 Publisher Ubisoft has a number of "significant titles" they haven't spilled to us yet and that'll be launching over the "next 12 months," they say.

"With a strong line-up of great games and a commitment to pushing our franchises into the broader entertainment arena, we are confident 2010 will be a stellar year for us,” claims Pannell, Ubi's UK marketing director, speaking with MCV.

2010 will be “a very competitive time with most major publishers scheduling some pretty big titles,” admits the Ubi executive. They're confident anyway because of the surprise announcements they've got up their sleeve.

“We’re still to announce a number of significant titles that we know will arrive in the next 12 months, so rest assured there will be a great mix of established franchises and new IP that will hit across the range of current generation consoles."

"We are also really excited to see how we can maximise the opportunities that the new motion-sensing gaming technologies will present us later in the year.”

Ubisoft's most recent smash success has been Assassin's Creed II which has surpassed 6 million copies sold worldwide, and soon releases extra DLC. It will release on PC this March, accompanied by the two pieces of downloadable content on disc.

What unannounced Ubi title could honestly put a smile on your face, videogamer?