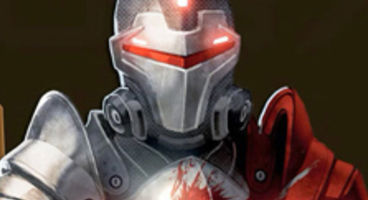 BioWare's Mass Effect 2 maybe getting critical reception, but right now fans are less than pleased with DLC problems they're facing with it.

Entering redeem codes to get access to exclusive gear is proving a headache for some. No helmetless option for armour has angered too.

The Cerberus Network was unveiled by the studio as the in-game system for giving players news on any DLC or upcoming events they might want to know about. Getting said network running requires a code to be entered and linked to an EA account.

This is where the trouble starts. Some report it just doesn't work when following the official way to do it, especially if an Xbox 360 copy is involved it seems. There have been complaints of codes being entered but nothing happening, only then to be informed the code has already been used if they try again to get it working.

BioWare's Chris Priestly has been addressing the issues on the official Mass Effect forums, in the hope that people will get it sorted.

Another huge issue, albeit insignificant in a way, is that all the exclusive special armour that is available from pre-orders or the Collector's Edition doesn't support players removing the helmet. They're a full one piece set, which means wearing them will block your Commander Shepard's face from being seen in the game through all cutscenes with armour on.

Fans hope an update will address this. Kotaku has put together Chris Priestly's information for how to redeem your codes and actually get your DLC. Have you been having trouble with Mass Effect 2, videogamer? Maybe you're too busy in the Terminus?

Mass Effect 2 releases on Xbox 360 and PC this Friday in Europe.