3D "is super-compelling," Microsoft must get Kinect "price down" 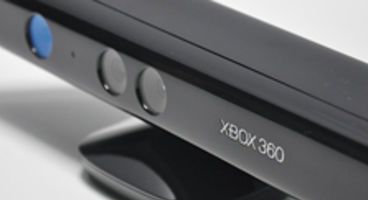 Activision's Bobby Kotick loves the whole videogames and 3D marriage to be, although he doesn't quite like live action that way as it's 'disruptive'.

He loves Kinect "as an idea," but Microsoft has "got to get the price down." The future lies in "physical interfacing" and they'll keep making peripherals.

"I think that 3D is super-compelling," said CEO Kotick. "The push has come from film but, personally, I find that live action in 3D is disruptive to the storytelling."

"But games in 3D are incredible. And when you see bullets whizzing past your ear, or imagine you're playing Guitar Hero over the internet and your bass player is right next to you, that's a really great enhancement of a game experience."

"I think 3D was made for videogames, and I'm very excited about that. With Kinect... I love it as an idea," he continued, but Microsoft has "got to get the price down."

Kinect releases November 10th in the UK for £129.99. It will also fully support gesture and voice control for the Xbox 360 Sky Player.

"So as long as we think a peripheral is going to deliver something that's compelling and interesting and innovative we'll support it," he said.

"For ten iterations of Tony Hawk, you weren't really skateboarding, it was... thumbing. When we finally figured out how to build a skateboard - I think we probably could have done a better job on the first game, but I think we've nailed it on Shred - that experience, you just can't duplicate it."

"To me, that's moving the medium forward, and physical interfacing I think is a really important part of the future. So, yes, we're going to keep making physical interface products if we think that's going to enhance the experience - and we have some really cool ones for next year." Microsoft's Kinect is all about ditching peripherals except for you.